Mentimeter polls is a website that allows polling and receiving votes from an audience. It is a great evening time pass to play with my friends but is often abused as a channel for bullying. Recently I had experiences with people intentionally putting questions just to demean others and bully those who chose a certain poll option. A very light example: not knowing what does POTUS or LOTUS stand for and then being made fun of. This repository provides a way to sabotage such malicious attempts at singling out people for their lack of general knowledge. Undoing a vote is not allowed by Menti, so atleast the users of this repo can immediately pollute the results if they perceive a threat to their opinion privacy.

This bot needs the id of the menti poll which is shared by the poll creator before they open the poll publicly accessible. The bot automatically scrambles the votes by casting numerous fake votes on vote options selected randomly hence rendering the poll creator unable to identify or single out a poll participant for their opinions.

Why this is important?

In a very large group, if users just choose their details it becomes impossibly hard to identify them. But as we restrict the group, having even a little detail about a person’s preferences or taste or opinions, can single them out, hence leak their identity details.

I have used Menti as just an example, to show how polling in a restrictive group poses a privacy risk. For example, the poll creator can ask for the Date of Birth, Year of Birth, Parents name and easily reverse engineer participant’s online security passwords. With this bot, I am publishing one of the ways to randomize my polls if I suspect a privacy invasion.

Before I jump over to implementation details, enjoy my test setup’s recording:

I felt it would be super awesome to have the following features - which would be a value add:

For my demo, the source is hosted on GitHub repo: MentiVoterBot repo, quick sneak peek is below: 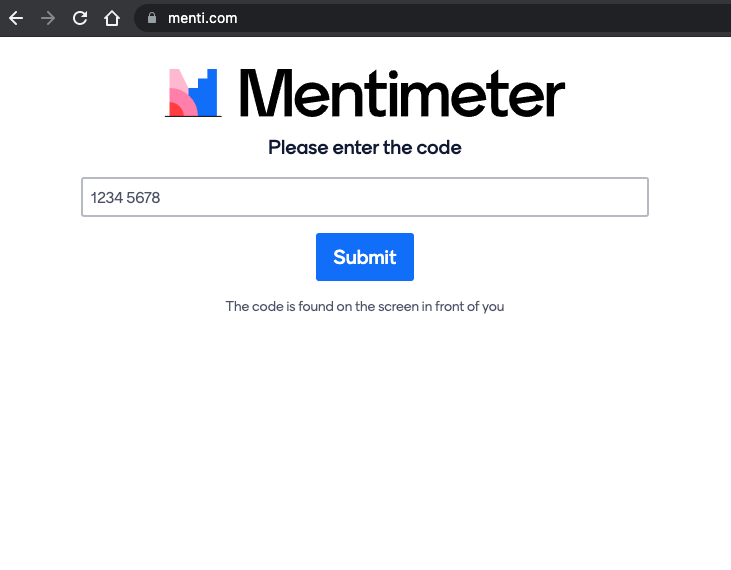 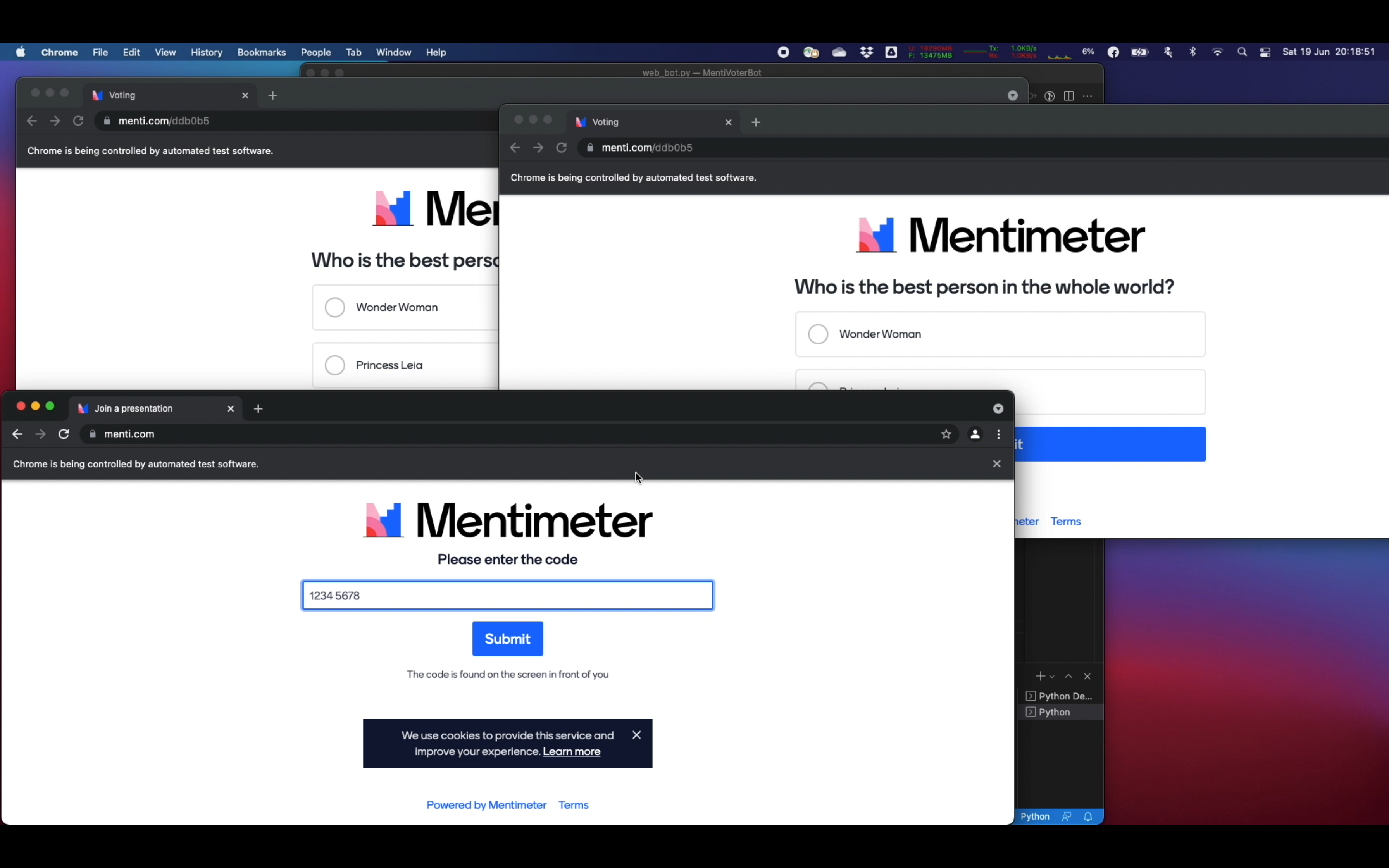